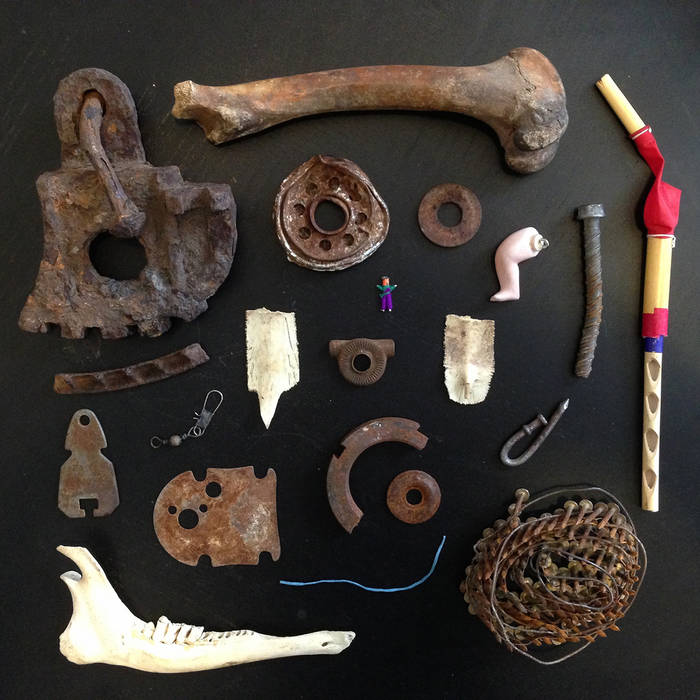 plusversusevil Gorgeous album, probably going to be one of my favorites for years to come. Favorite track: Bag of Holding.

NNA is very proud to present new music from The Cradle, the artistic alias of New York City-based musician Paco Cathcart. His latest album ‘Bag Of Holding’ presents a more serene version of Cathcart’s guitar-and-voice based songwriting, integrating orchestral arrangements, spirited collaboration, and brilliant production techniques to give way to The Cradle’s most singular and focused work to date. In addition to working as a recording engineer focusing on analog mediums, Cathcart has honed his craft over the years as a member of bands such as Big Neck Police, Shimmer and Climax Landers, all the while prolifically crafting nearly 30 personal solo albums and experiments across various labels and self-releases. ‘Bag Of Holding’ takes all of these experiences and uses them thoughtfully to build a masterful, proper full-length album of highly personal and expressive orchestral pop compositions.

What makes ‘Bag of Holding’ shine are its incredibly vivid and stunning instrumental arrangements. Sammy Weissberg, a longtime friend and musical partner of Cathart, wrote and arranged the bulk of the non-guitar music on the album, with the intent of emphasizing and supporting the drama of the stories being told. The resulting arrangements are overwhelmingly beautiful, bringing in the orchestral grandeur of violin, cello, clarinets, horn, and double bass to add tremendous warmth and color to the recordings. Rarely does symphonic instrumentation find itself paired with the intimacy of Portastudio tape hiss and the physicality of close-mic’d acoustic guitar, but the result adds an amazingly emotional depth to Cathcart’s songs, and truly pushes the limits of home-recorded music. Along with the guest vocal contributions from Palberta’s Lily Konigsberg, Nina Ryser, and Anina Ivry-Block (whose albums Cathcart has engineered), the essence of friendship and collaboration is evident in ‘Bag of Holding,’ adding to the album’s unique character and special personality.

Lyrically, Cathcart assumes the role of storyteller across the album’s nine tracks, creating a series of vignettes with strong literary and cinematic sentiments and influences (sci-fi novels, Dungeons and Dragons, traveling and imagination). The lyrics are often journalistic in their candid observations on modern living, utilizing the classic foundation of guitar and voice to express thoughts and feelings on topics like romance, anxieties, nostalgia, existentialism, people, places, time, space, and our role in the universe. In this sense, Cathcart’s lyrical sentiments are reflections of the chaotic present day “anything goes” age we live in, with critical sarcasm, technological references, casual profanity, and a do-it-yourself ethos associated with the modern underground. While the accompanying music is undeniably beautiful and serene, the lyrical sentiment can be contemptuous and misanthropic - a classic juxtaposition that harks back to downtown folk and American roots music.

In ‘Bag of Holding,’ the edgier, sonically experimental details of The Cradle’s previous work have been stripped back, revealing the beautifully powerful songwriting that lies at its core. When combined with Weissberg’s decadent arrangements, the resulting work takes on a new life and places Cathcart’s songs in a fresh context, one that is atypical of the modern American underground sound with which his work is often associated. This is a record that feels like home; one can imagine themselves gazing out their window or sitting on their stoop envisioning fantastical alternative realities, or simply just contemplating the world around them and how it feels to experience life through one’s own personal lens.

i'm paco. the cradle is my music. currently live in brooklyn ny.

i also engineer for other people/bands. hit me up for that analog natural jank. ... more

Bandcamp Daily  your guide to the world of Bandcamp